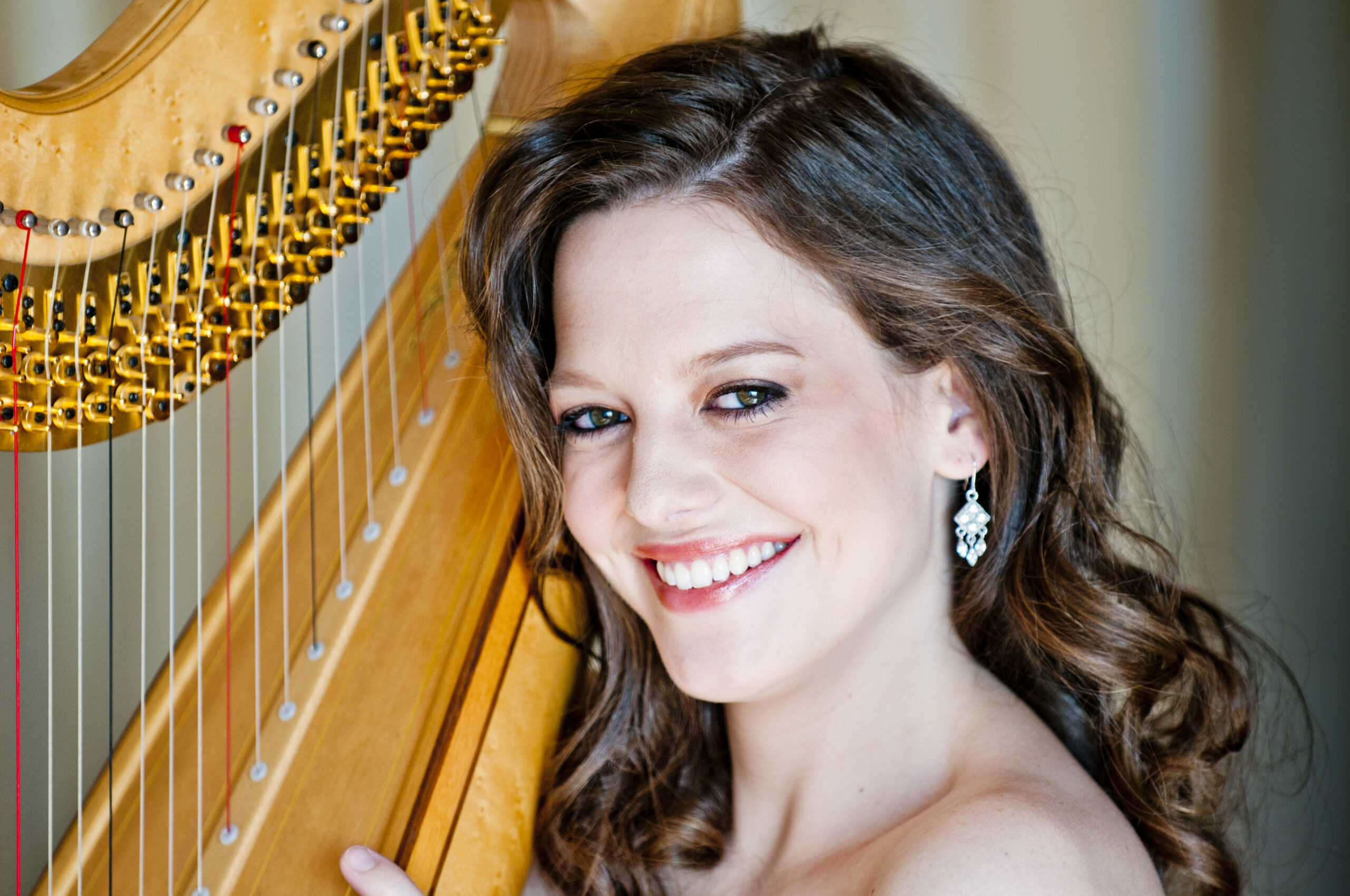 Harpist Heidi Elise Bearcroft is considered one of the most outstanding solo, chamber, and orchestral musicians of her generation, her playing described as having a “wonderful sense of phrasing, balance, and musical sense” (The Globe and Mail). She has performed solo recitals everywhere from New York to Los Angeles, Vancouver to Vienna, and has collaborated with many world-class musicians at the Strings Chamber Music Festival (Steamboat Springs, Colorado), Aspen Music Festival (Colorado), Tanglewood (Lenox, Massachusetts), and St. Barth’s Music Festival (French West Indies). Principal Harp with the Toronto Symphony Orchestra since 2011, Heidi previously performed as a member of the Hartford Symphony Orchestra and Pittsburgh Symphony Orchestra (with which she has also appeared as a soloist). She has been a member of the Sun Valley Summer Symphony since 2001.

Ms. Bearcroft has two degrees in harp performance from The Juilliard School, where she studied with Nancy Allen. She is the winner of many competitions, including first prizes at the 2009 American Harp Society (AHS) National Competition and the 2004 American String Teachers Association (ASTA) National Solo Competition, and is the recipient of the Anne Adams Award (2010) and the Victor Salvi Award (2008). She has been featured twice as a soloist on NPR’s From the Top. In 2015, she released Genetic Harps, a recording of harp duets with her mother, Gretchen Van Hoesen.

An active and enthusiastic teacher, Heidi is currently in the faculty at The Glenn Gould School at The Royal Conservatory in Toronto. She is also highly sought-after as a guest lecturer and masterclass clinician in Canada and the United States.

Heidi is “owned by” a boxer named Frank, and two cats named Dewey and Bee Bee. She enjoys reading, traveling, trying new restaurants, and is an advocate and educator on safer skincare options.