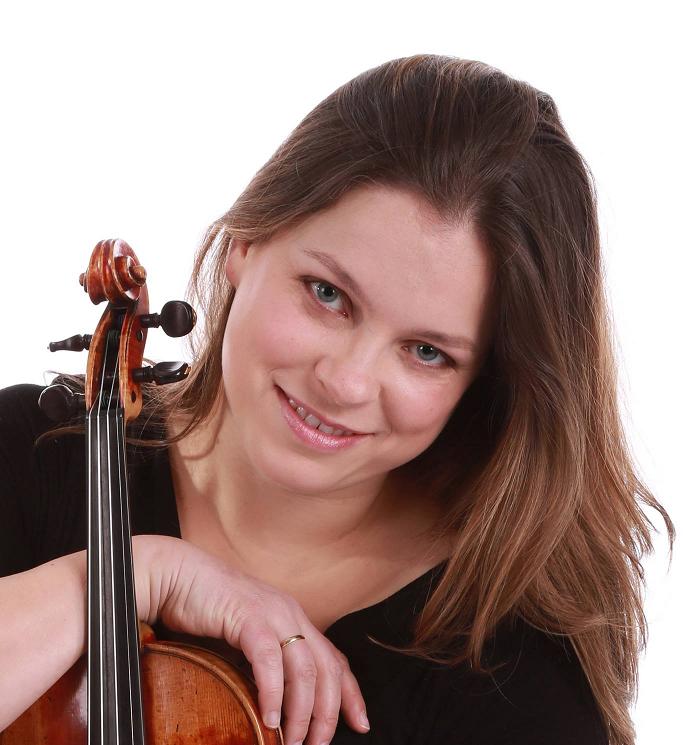 Dutch virtuoso Carla de Kleuver-Leurs began her violin studies at the age of 6. One year later, she was invited to perform for the Queen of the Netherlands in a concert broadcasted on national televison. Ms. Leurs entered the Royal Conservatory of Music in The Hague at the age of 14 and furthered her musical education at the Cleveland Institute of Music and the Juilliard School, as a student of Itzhak Perlman and Donald Weilerstein. She also received intensive coaching from Daniël Gaede, former concertmaster of the Vienna Philharmonic.

After winning the national edition of the Princess Christina Competition in 1993, she was invited to play Bruch’s violin concerto the Netherlands Youth Orchestra. Her first orchestral debut at age 11 was together with violinist Janine Jansen in Vivaldi’s concerto. Since then she has performed with orchestras throughout Europe, Russia, Asia and the US. Highlights include Shostakovich first Violin Concerto at the Concertgebouw in Amsterdam with Maestro Vassily Sinaisky, Brahms Double Concerto with cellist Sol Gabetta, Paganini’s first Violin Concerto at the Meistersingerhalle in Nurnberg as well as on tour in the USA and Mozart’s 4th Concerto with Maestro Carlos Kalmar at New York’s Lincoln Center. She performed in the “Artist International Debut Series” in Carnegie Hall, as well as the “New Masters on Tour” Series in Moscow, St. Petersburg and Tallinn, Estonia. She appears regularly at the Concertgebouw in Amsterdam.

Carla has performed at many of the world’s leading music festivals including Verbier (Switzerland), the Geneva Summer Festival, the Tibor Varga Festival, the Menuhin Festival Gstaad, the Sakharov Festival (Russia) as well as the first “Perlman Chamber Music Program” in New York. She played chamber music with well-known artists such as cellist Sol Gabetta, flautist Jacques Zoon, and principal players of the Royal Concertgebouw Orchestra and the Netherlands Symphony.

The outstanding instruments being used by Carla is a violin of Nicholas Lupot of Paris (1808) on loan from the National Musical Instrument Foundation in Amsterdam. They also provide her with a bow by V. Fétique as well as the use of their baroque and classical bow collection.